Announce your latest and greatest MOCS.

This is what I needed all those large transblue flags for... 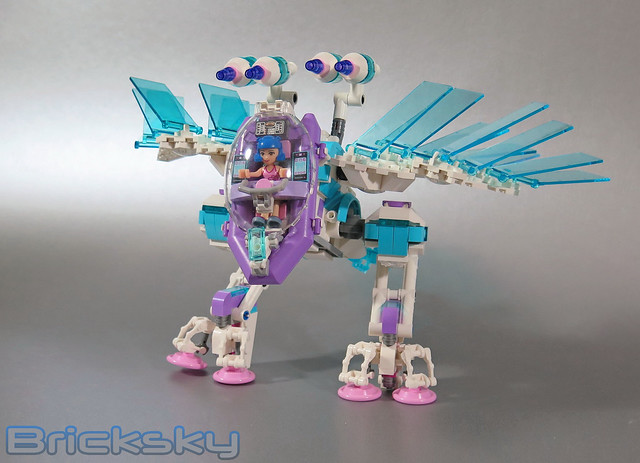 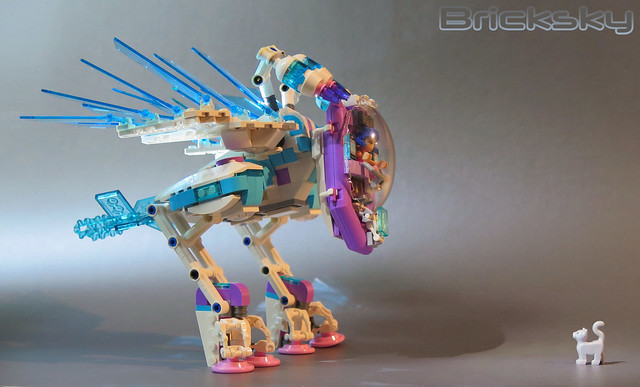 Another brilliant one Tyler. How long until TBB pick this one up too?
David Guedes - Rhymes with Lettuce
VLC Meeting Coordinator
Top

Lettuce wrote:Another brilliant one Tyler. How long until TBB pick this one up too?

Thanks for the support Lettuce, I'm glad you like it.

Unfortunately this is not the type of creation TBB typically blog's about. I don't feel it is EDGY enough. nor will it appeal to a wide enough segments of AFOL's. I suspect it may get around 50 Faves, and lots of interesting comments, but that is about all.

What matters is that I am really happy with how it turned out, and that is enough for me.

You're too modest. This thing is brilliant. I especially like the plates as toes and the NPU on the boat as the base of the head.

Yup, if it makes you happy or puts a smile on your face then that's all that really matters. If you build what's popular and that's your goal then that's fine too. But I'd take the first any day.
Pierre
VLC Publicist & VLC Ambassador to TLG

My avatar is Ninjago's Pythor P Chumsworth. YAY! I finally have him! Thank you.
Top

chump wrote:Yup, if it makes you happy or puts a smile on your face then that's all that really matters. If you build what's popular and that's your goal then that's fine too. But I'd take the first any day.

I really like your attitude about it Tyler. I build for me and I share. Sometimes people are all over it and sometimes they are not. If you are happy then that is what counts.

That being said this is great! It is a little more rough around the edges than some of your clean edged builds. I like it.
Allan Corbeil
VLC/BrickCan
http://www.flickr.com/photos/43902575@N04/
Top

It kind of looks like an ostrich haha. Nice build!

Looks great. I keep noticing different cool uses of parts. Can you bring it to the next meeting so we can see it in person?
Top

D_R_Watson wrote:Looks great. I keep noticing different cool uses of parts. Can you bring it to the next meeting so we can see it in person?

I won't be able to make it to the June meeting, but I'll definitely bring it to July's meeting.

Thanks for your interest in it, I'm glad that you like it.

It was a fun (but challenging) build process... For this build I was thinking about what I could to with a few specific parts, in this case the Dingy, and the friends plate part.

Here's what happened during the build process on this MOC (which took place over 2 weeks)... I am wondering if others go through similar build processes...

I started out with the Dingy part and decided right away that I was going to use it as a cockpit. It looked very bird-like to me so that's when I decided to make a Bird-like Mech (it's not my first bird-mech: https://www.flickr.com/photos/tylersky/ ... ateposted/). After getting the cockpit done I went on to the feet, intentionally using the friends plates as foot pads; I also wanted a spiked heel. I went through several iterations of that foot before I got to something I liked, and was also relatively stable and could support the weight of the moc. As I built the legs and torso, I added some trans blue plates to the build which finalized the color scheme. I also had a few large 7x3 trans-blue flags lying around, and thought they would make awesome feather-like features, but I only had a few, and knew I'd need at least a dozen or so (In the end I used 18!). I tried some other parts for the feathers but nothing looked right, so decided to go with my first idea. When I couldn't get any locally I ordered 20 off a bricklink store in Ontario, which gave me time to address some other serious build issues. Namely, the whole thing was getting quite big, heavy, and was very unstable... My last bird mech had the same issues, and I really wanted to NOT have those same issues in this build. So I basically started over... I kept the feet and cockpit, built much stronger technic legs, upgraded the ball joints holding the leg on to racheted joints, and used some mixel ball joints to attach the wings. The body had to be redesigned to accommodate these parts. The body was also too wide and didn't look right. In the end I went for an odd brick width, which allowed me to put a lavender colored stripe right down the back (

), which looked great to my eyes. Unfortunately this made it more difficult to attach the legs as the racheted socket piece I used their was 4 wide... <groan>... but I got it all worked out just in time for the trans-blue flags to arrive. I added them onto the wings, which was awesome, but made the wings much heavier, so those joints needed a further upgrade. After several other small changes I decided it was done. Their are still a few issues I probably could address, but since this is just a display model, I'm okay with it, as it is. I'll address those remaining concerns on my next Bird Mech MOC.

ps. Lettuce you were right, it is more popular than I anticipated, presently at 99 Favorites! Maybe someone out their could click on this link: "https://www.flickr.com/photos/tylersky/ ... ateposted/" and give me that one last fave, so I can post it to my own MOST FAVORITE GROUP: Lego 100+ Faves https://www.flickr.com/groups/lego100faves/
Top
Post Reply
11 posts • Page 1 of 1